Did my job and took a picture of some flamingos, was on the bike all day long, found the sea, saw some kind of salt-mines (don't know exactly what's it called) and didn't get salad for dinner, because it's sunday - which I only realized because of closed supermarkets.
They had a stupid bull race here at Le Grau-Du-Roi: seems as if they do it every now and then, because they had fixed gates to close some streets.
It's not that easy to find the sea here: http://goo.gl/maps/Z3v1x 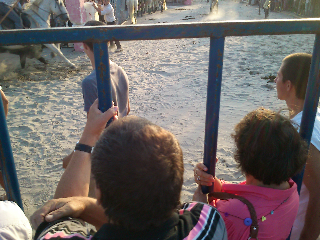 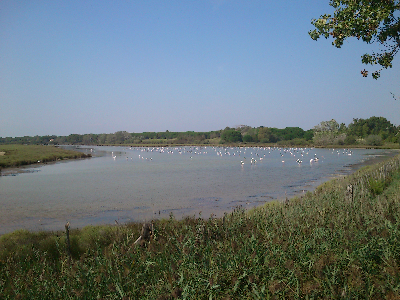